Mark Binmore (born 1971) is an award winning British novelist, author of 'Now Is Not The Time For Trumpets' 'Beautiful Deconstruction' 'Take Down The Flags' and many other books. In 2015 Mark was ranked one of Britain's 100 new influential LGBTQ writers. It was declared that 'he is widely regarded as one of Britain's most promising novelists, quite regardless of sexuality'.

Mark was the subject of 'Tour De Europa' (2015) a book by Chris Henson who shadowed Mark on his book tour and wrote an observational account of a new author on the road. A second book 'Versus America' (2016) also by Chris Henson documented Mark as he travelled across America for promotion describing what it is to be an author today. The trilogy was complete in 2018 with the release of 'Up Against It.'

Mark is published in Great Britain by Kindlight and Fontana (from 2019), in the United States by Globe, with various independent publishers throughout Europe. 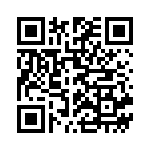