Dr. Thorsten Hennig-Thurau is Professor of Marketing and Media Research and holds the Chair for Marketing & Media Research at the University of Münster’s prestigious Marketing Center. Prior to joining the University of Münster in 2010, he was a professor at the Bauhaus University of Weimar and served as a part-time Research Professor of Marketing at City University London’s Cass Business School for ten years. Dr. Hennig-Thurau’s academic work focuses on the entertainment industries and the consequences of digitalization, such as the role of social media for firms and consumers; he teaches entertainment and media marketing classes, along with courses on branding and innovations. 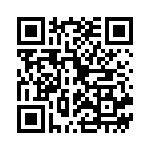