Anna-Mari Almila is a Post-Doctoral Research Fellow in Sociology of Fashion at London College of Fashion, University of the Arts London.

David Inglis is Professor of Sociology at the University of Exeter, UK. 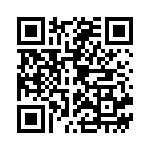