An academic account of the elite combat unit and its exploits in combat. There is a good deal on the training program. Nothing on the war crimes in the field, or the activities of its more political wing in the labour or extermination camps. Consulter l'avis complet

The Waffen SS is at least to my limited knowledge on the subject is an intriguing story of the Elite German forces during WWII. Not to say that the Wermacht did not have their elite units but the ... Consulter l'avis complet 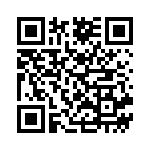