Grant H. Kester is Assistant Professor of Art History at Washington State University and was the editor of Afterimage from 1990 to 1995. 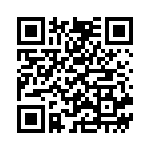