Stevens needs to take himself down a peg or two. Not a bad book, overall... -so long as you don't have to take it seriously. If you're researching the subject of symbology, skip this one until you've ... Consulter l'avis complet

Ariadne's clue: a guide to the symbols of humankind

One need not be a Jungian to appreciate this fine book as both a reference and a contemporary introduction to symbolism. Psychiatrist Stevens (Private Myths: Dreams and Dreaming, LJ 3/15/96) treats ... Consulter l'avis complet

Anthony Stevens has worked as a Jungian analyst and psychiatrist for the past thirty years. He is a graduate of the University of Oxford and, in addition to his medical degree, he has two degrees in psychology. His previous books include Archetype: A Natural History of the Self, The Roots of War, On Jung, The Two-Million-Year-Old Self, Jung, Private Myths: Dreams and Dreaming, and, with John Price, Evolutionary Psychiatry: A New Beginning. 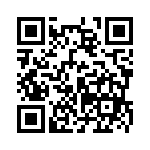