Trevor Harrison is currently an associate professor at the University of Lethbridge and research director for the Parkland Institute, an Alberta-based think tank dedicated to examining public policy issues. He is the author of Of Passionate Intensity: Right-Wing Populism and the Reform Party of Canada and Requiem for a Lightweight: Stockwell Day and Image Politics. 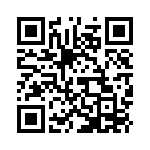