James C. Kaufman, Ph.D., is Professor of Educational Psychology at the University of Connecticut. An international leader in the field of creativity, he has published 23 books and more than 200 papers. He is the president of the American Psychological Association's Division 10 (Aesthetics, Creativity, and the Arts) and the founding editor of Psychology of Popular Media Culture.

Dean Keith Simonton, Ph.D., is Distinguished Professor of Psychology at the University of California, Davis. Internationally known for his research on genius, creativity, and leadership, he has produced over 450 publications that have received more than 11,000 citations, and 180 publications have been cited at least 10 times. He is the winner of APA's Division 46 Distinguished Scientific Contribution to Media Psychology. His Google Scholar h index is 51. 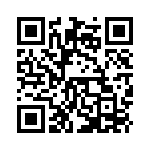