Page 55
... that the “ neo - liberal strategy is to weaken the state in order to have the private sector replace it . ... let alone popular empowerment , can only be outraged by the effects neo - liberalism has had in Haiti , as in most other ...
Page 152
More damaging in its effects on Lavalas ' own core constituency was Préval and Aristide's continued acquiescence in neo - liberal structural adjustment . Although neither president ever had much more than symbolic room for maneuver on ...
Page 182
By the end of the 1990s , most of the antineo - liberal NGOs had much closer links with Suzy Castor's OPL than they did with FL , despite the fact that in reality the OPL was more aggressively neo - liberal than FL . 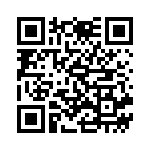