ISLAM IN HISTORY: Ideas, People, And Events In The Middle East

In this collection of essays, book reviews and occasional pieces, Lewis, eminent British historian and orientalist (his Emergence of Modern Turkey and The Arabs in History are scholarly staples ... Consulter l'avis complet

Islam in history: ideas, people, and events in the Middle East

Lewis (Near Eastern studies, Emeritus, Princeton Univ.) is noted for his many valuable historical works on the Middle East. This revised and updated collection of historical essays (Alcove, 1973) adds ... Consulter l'avis complet

Bernard Lewis was born in London, England on May 31, 1916. He graduated with honors in history from the School of Oriental Studies at the University of London in 1936 with special reference to the Middle East. In 1938, he was named an assistant lecturer at the University of London, where he received a Ph.D. the next year. In 1940, he was drafted into the British armed forces and assigned to the Army tank corps. He was soon transferred to intelligence. He taught at the University of London for 25 years. In 1974, he accepted joint appointments at the Institute for Advanced Study in Princeton, New Jersey and Princeton University. He also taught at Cornell from 1984 to 1990. He became an American citizen in 1982. He was a scholar of Middle Eastern history and a prolific writer. His books included The Emergence of Modern Turkey, What Went Wrong?: The Clash between Islam and Modernity in the Middle East, and From Babel to Dragomans: Interpreting the Middle East. Because he was considered an expert on interactions between the Christian and Islamic worlds, his view helped shape American foreign policy under President George W. Bush. He died on May 19, 2018 at the age of 101. 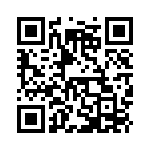