Page 56
Vanilla ice cream was more probably popularized by the Americans, for during
the latter decades of the nineteenth century immense quantities of vanilla -
something like 100,000 lb. a year - were exported from Mexico to New York. At
one time ...
Page 75
It was English salad sauce, made with cooked egg yolks and cream, that was the
basis of the commercial salad cream, wrongly called mayonnaise, which became
, and remains, one of the major culinary disasters of this country. It is the acetic ...
Page 218
Then fill up the dish with thick cream, and dust a little grated nut/ meg over the top
. ... pour it out into a dish, and let it cool, then strew on Cinnamon & sugar, then
take some of your aforesaid Cream* and lay on it, scrape on sugar and serve it. 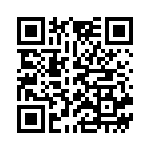