Mark DeLoura is the creator and series editor of the Game Programming Gems series of books. In his role as Vice President of Technology for GreenScreen Interactive, Mark focuses on pushing the boundaries of technology for games and making great games more efficiently. Over his 15+ years in the games industry, Mark has served in a variety of technologyrelated roles at Nintendo, Sony, Ubisoft, Game Developer magazine, and as an independent consultant. He is an adamant believer in sharing and reusing technology, and he believes that everyone should be able to make games. He maintains a website at www.satori.org. 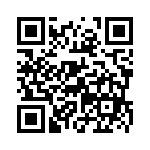