A grand analysis of the climate change scenario, nothing less than a "Silent Spring" for this century. The author traces the climate conundrum to the excesses of capitalist forces, and shows that the ... Consulter l'avis complet

Naomi Klein’s “This Changes Everything” is an exceptional book. It is a deeply researched book. She is, evidently, committed to the cause of protecting our environment. If not, she would not have ... Consulter l'avis complet

Naomi Klein is an award-winning journalist, syndicated columnist and author of the international bestsellers No Logo, The Shock Doctrine, This Changes Everything: Capitalism vs the Climate, and No Is Not Enough: Defeating the New Shock Politics. In 2017 she joined The Intercept as Senior Correspondent. Recent articles have also appeared in the Guardian, The Nation, The New York Times, the New Yorker and Le Monde. In November 2016 she was awarded the Sydney Peace Prize in Australia. 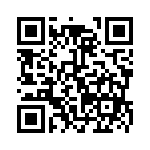