Heal thyself: Nicholas Culpeper and the Seventeenth Century struggle to bring medicine to the people

Chances are, there's a version of Nicholas Culpeper's CompleteHerbal on your library's shelves. In well over 300 years, it has never been out of print. But check an encyclopedia, and you will find at ... Consulter l'avis complet

Benjamin Woolley is an award-winning writer and broadcaster. He is the author of the best-selling The Queen's Conjuror: The Life and Magic of Dr. John Dee and Heal Thyself: Nicholas Culpeper and the Civil War for the Heart of Medicine in Seventeenth-Century England. His first book, Virtual Worlds, was short-listed for the Rhône-Poulenc Prize and has been translated into eight languages. His second work, The Bride of Science, examined the life of Ada Lovelace, Lord Byron's daughter. He has written and presented documentaries for the BBC on subjects ranging from the fight for liberty during the English Civil War to the end of the Space Age. He has won the Arts Journalist of the Year Award and an Emmy for his commentary for Discovery's Three Minutes to Impact. He lives in London. 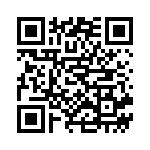