Eduardo de Souza Neto is a senior lecturer at the School of Engineering, University of Wales, Swansea, where he teaches a postgraduate course on the finite element method, and undergraduate courses on structural mechanics and soil mechanics. He also currently teaches external courses on computational plasticity; and his research interests include, amongst others, damage mechanics, computational plasticity, contact with friction and finite element technology. He is an international advisory board member for the Latin American Journal of Solids and Structures, and has authored 30 papers in refereed research journals as well as many conference papers, and 4 book contributions.

David Owen is Professor in Civil Engineering at the University of Wales, Swansea, and chairman of Rockfield Software Ltd. He is an international authority on finite element and discrete element techniques, and is the author of seven textbooks and over three hundred and fifty scientific publications. In addition to being the editor of over thirty monographs and conference proceedings, Professor Owen is also the editor of the International Journal for Engineering Computations and is a member of several Editorial Boards. His involvement in academic research has lead to the supervision of over sixty Ph.D. students. Professor Owen is a fellow of the RAE and ICE.

Djordje Peric is Professor in the Department of Civil Engineering, University of Wales, Swansea. He has an established reputation in the field of non-linear computational mechanics and is the author of over 150 research publications. He has also edited two special journal issues, and serves as an editorial board member of five international academic journals. Over the last decade Professor Peric has attracted approximately Ł2.5 million of research grants and funding from the UK Engineering and Physical Sciences Research Council, and various industries including Unilever, British Steel, Rolls Royce, MIC and Rockfield Software. 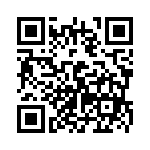