Page 255 - This liquid is certainly a property of the mind nec accidens est but an element in the mind's make-up est agens and functions dust to a fountain pan otherwise Hast 'ou seen the rose in the steel dust (or swansdown ever?) so light is the urging, so ordered the dark petals of iron...
Cité dans 59 livres de 1948 ŕ 2007
Page 123 - am sure I don't know what a man like you would find to do here" said Senator Borah Thus the solons, in Washington, on the executive, and on the country, ad 1939...
Cité dans 32 livres de 1946 ŕ 2005
Plus
Page 155 - Having attained this precise verbal definition [aliter, this sincerity], they then stabilized their hearts, they disciplined themselves; having attained self-discipline, they set their own houses in order; having order in their own homes, they brought good government to their own states: and when their states were well governed, the empire was brought into equilibrium.
Cité dans 31 livres de 1947 ŕ 2005
Page 123 - I personally think extremely well of Mussolini. If one compares him to American presidents (the last three) or British premiers, etc., in fact one can NOT without insulting him. If the intelligentsia don't think well of him, it is because they know nothing about ' the state," and government, and have no particularly large sense of values.
Cité dans 19 livres de 1951 ŕ 2006
Page 219 - KuTrpis the mountain and shut garden of pear trees in flower here rested. " both eyes, (the loss of) and to find someone who talked his own dialect. We talked of every boy and girl in the valley but when he came back from leave he was sad because he had been able to feel all the ribs of his cow....
Cité dans 16 livres de 1892 ŕ 2005
Page 155 - The men of old wanting to clarify and diffuse throughout the empire that light which comes from looking straight into the heart and then acting, first set up good government in their own states...
Cité dans 35 livres de 1950 ŕ 2005
Page 122 - Bellum cano perenne . . . . . . between the usurer and any man who wants to do a good job (perenne) without regard to production — a charge for the use of money or credit. "Why do you want to " — perche si vuol mettere — your ideas in order?
Cité dans 31 livres de 1935 ŕ 2007
Page 171 - ... he was that no longer. And perhaps he sensed it and the more strongly clung to the utterances of Confucius, because his own tongue was tricking him, running away with him, leading him into excess, away from his pivot, into blind spots.
Cité dans 10 livres de 1966 ŕ 2005
Page 41 - ... so there was a lack of manure... for losing the law of Chung Ni, hence the valise set by the alpino's statue in Brunik and the long lazy float of the banners and similar things occurred in Dalmatia lacking that treasure of honesty which is the treasure of states and the dog-damn wop is not, save by exception, honest in administration any more than the briton is truthful Jactancy, vanity, peculation to the ruin of 20 years...
Cité dans 14 livres de 1948 ŕ 2005
Moins

Mary de Rachewiltz is an American poet and translator. She is the daughter of Ezra Pound and the violinist Olga Rudge. Though raised in Italy by foster parents, she frequently visited her father as a child. Rachewiltz married the Egyptologist Boris de Rachewiltz in 1946 - the same year her father was deported to the U.S. to stand trial for treason. In 1971 her autobiography, Discretions, was published and she is also the author of several books of poems in Italian and English. Rachewiltz translated several of her father's works including The Cantos. She served for years as curator of the Ezra Pound Archives at the Beinecke Library at Yale University. Rachewiltz lives in Italy with her husband. 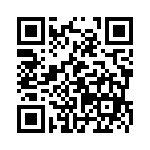