Mark Humphries is senior lecturer in Classics at the National University of Ireland, Maynooth. 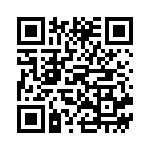