Jiddu Krishnamurti (1895-1986) was born of Indian parents, educated in England, and gave talks around the world. He claimed allegiance to no caste, nationality, or religion and was bound by no tradition. His teachings of more than 20,000,000 words are published in more than 75 books, 700 audiocassettes, and 1200 videocassettes. Thus far, over 4,000,000 copies of books have been sold in twenty-two languages. Together with the Dalai Lama and Mother Teresa, Krishnamurti was declared by Time magazine to be one of the five saints of the 20th century. He traveled the world for sixty-five years speaking spontaneously to large audiences until the end of his life at age ninety. The rejection of all spiritual and psychological authority, including his own, is a fundamental theme. He said man has to free himself of fear, conditioning, authority, and dogma through self-knowledge. He suggested this will bring about order and real psychological change. The conflict-ridden violent world cannot be transformed into a life of goodness, love, and compassion by any political, social, or economic strategies. It can be transformed only through mutation in individuals brought about through their own observation without any guru or organized religion. Krishnamurti's stature as an original philosopher attracted traditional and non-traditional thinkers and philosophers alike. Heads of state, eminent physicists such as David Bohm, prominent leaders of the United Nations, psychiatrists, psychologists, religious leaders, and university professors engaged in dialogue with Krishnamurti. Students, teachers, and millions of people from all walks of life came to hear him speak and read his books. He bridged science and religion without the use of jargon, so scientists and lay people alike could understand his discussions of time, thought, insight, and death. He established foundations in the United States, India, England, Canada, Spain, with the defined role of protecting the teachings from being distorted and for disseminating his work, without the authority to interpret or deify the teachings or the person. In establishing the many schools he founded in India, England, and the United States. Krishnamurti envisioned that education should emphasize the understanding of the mind and heart, not mere academic and intellectual skills; and skills in the art of living, not only the technology to make a living. Krishnamurti said, "Surely a school is a place where one learns about the totality, the wholeness of life. Academic excellence is absolutely necessary, but a school includes much more than that. It is a place where both the teacher and the taught explore not only the outer world, the world of knowledge, but also their own thinking, their behavior." He said of his work, "There is no belief demanded or asked, there are no followers, there are no cults, there is no persuasion of any kind, in any direction, and therefore only then we can meet on the same platform, on the same ground, at the same level. Then we can together observe the extraordinary phenomena of human existence. 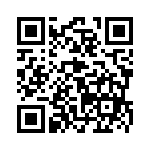