Elizabeth Gilbert was born in Waterbury, Connecticut on July 18, 1969. She received an undergraduate degree in political science from New York University. After college, she spent several years traveling around the country, working odd jobs and writing short stories. Early in her career, she also worked as a journalist for such publications as Spin, GQ and The New York Times Magazine. An article she wrote in GQ about her experiences bartending on the Lower East Side eventually became the basis for the movie Coyote Ugly. She writes both fiction and nonfiction and her books include the short story collection Pilgrims, Stern Men, The Last American Man, Committed, Big Magic: Creative Living Beyond Fear, and The Signature of All Things. Her memoir Eat, Pray, Love, was adapted into a movie starring Julia Roberts. She will be featured at the Sydney Writers Festival in March 2016. 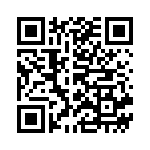