DAVID A. COX is a professor of mathematics at Amherst College. He pursued his undergraduate studies at Rice University and earned his PhD from Princeton in 1975. The main focus of his research is algebraic geometry, though he also has interests in number theory and the history of mathematics. He is the author of Primes of the Form x2 + ny2, published by Wiley, as well as books on computational algebraic geometry and mirror symmetry. 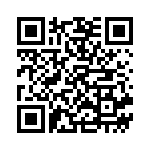