The French dramatist Moliere was born Jean-Baptiste Poquelin on January 15, 1622, in Paris. The son of a wealthy tapestry merchant, he had a penchant for the theater from childhood. In 1636, he was sent off to school at the Jesuit College of Claremont and in 1643, he embarked upon a 13-year career touring in provincial theater as a troupe member of Illustre Theatre, a group established by the family Bejarts. He married a daughter of the troupe, Armande Bejart, in 1662 and changed his name to Moliere. The French King Louis XIV, becoming entranced with the troupe after seeing a performance of The Would-Be Gentleman, lent his support and charged Moliere with the production of comedy ballets in which he often used real-life human qualities as backdrops rather than settings from church or state. Soon, Moliere secured a position at the Palais-Royal and committed himself to the comic theater as a dramatist, actor, producer, and director. Moliere is considered to be one of the preeminent French dramatists and writers of comedies; his work continues to delight audiences today. With L'Ecole des Femmes (The School for Wives) Moliere broke with the farce tradition, and the play, about the role played by women in society and their preparation for it, is regarded by many as the first great seriocomic work of French literature. In Tartuffe (1664), Moliere invented one of his famous comic types, that of a religious hypocrite, a character so realistic that the king forbade public performance of the play for five years. Moliere gave psychological depth to his characters, engaging them in facial antics and slapstick comedy, but with an underlying pathos. Jean Baptiste Moliere died in 1673. 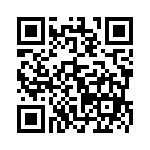