HRH Prince Michael is a Grand Master of the Order of the Knights Templar of St. Anthony and a Scottish Freemason. His first book, The Forgotten Monarchy of Scotland, was a bestseller in Scotland and the UK. In 1992, Prince Michael was elected president of the European Council of Princes. Recently named to the Diplomatic Corps of the Government of the Knights of Malta, he resides in the U.K. 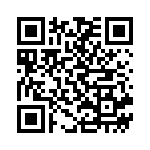