Review: Depth of Field: Stanley Kubrick, Film, and the Uses of History

Geoffrey Cocks is the Julian S. Rammelkamp Professor of History at Albion College. He has written and edited many books, including The Wolf at the Door: Stanley Kubrick, History, and the Holocaust. James Diedrick is associate dean at Agnes Scott College and author of Understanding Martin Amis. Glenn Perusek is the Royal G. Hall Professor of the Social Sciences at Albion College and editor of Trade Union Politics: American Unions and Economic Change. 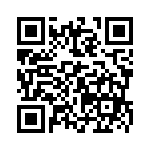