In Making Sex: Body and Gender from the Greeks to Freud, Thomas Laquer writes, “By around 1800, writers of all sorts were determined to base what they insisted were fundamental differences between the ... Consulter l'avis complet

Review: Making Sex: Body and Gender from the Greeks to Freud

I read this book for a class, and I used the main premise of the first section (that social importance shifted from gender to sex in about the 1600's) in countless papers in grad school (even though I ... Consulter l'avis complet

Thomas Laqueur is Helen Fawcett Distinguished Professor of History at the University of California, Berkeley. 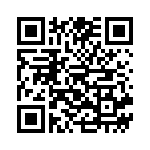