Birgit Beumers is Reader in Russian at the University of Bristol. She specialises on contemporary Russian culture, especially cinema and theatre. She is editor of KinoKultura (online) and of Studies in Russian and Soviet Cinema. She is currently working on a Leverhulme-funded project that investigates Russian animation. 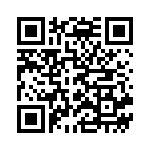