William Shepherd studied classics at Clare College, Cambridge, in the 1960s and then embarked on a career in publishing, which finally brought him to Osprey, retiring from the position of chief executive in 2007. He is author of The Persian War (Cambridge, 1982), translated from Herodotus as well as Campaign 222: Salamis 480 BC (Osprey, 2010). He has also written reading books for children and articles in the Osprey Military Journal, of which he was joint editor. He lives in the Cherwell Valley, north of Oxford.

Peter Dennis was born in 1950. Inspired by contemporary magazines such as Look and Learn he studied illustration at Liverpool Art College. Peter has since contributed to hundreds of books, predominantly on historical subjects, including many Osprey titles. A keen wargamer and modelmaker, he is based in Nottinghamshire, UK. 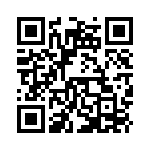