Psychologist and philosopher Erich Fromm was born in Frankfurt, Germany on March 23, 1900. He received a Ph.D in sociology from the University of Heidelberg in 1922 and finished his psychoanalytical training at the Psychoanalytical Institute in Berlin in 1930. He started his own clinical practice and joined the Frankfurt Institute for Social Research. In 1934, he moved to New York and became a professor at Columbia University. In 1950, he moved to Mexico City and became a professor at the Universidad Nacional Autónoma de Mexico, where he created a psychoanalytic section at the medical school. He retired from there in 1965 and moved to Muralto, Switzerland in 1974. Throughout his life, Fromm maintained a clinical practice and wrote books. His writings were notable for both their social and political commentary and their philosophical and psychological underpinnings. He became known for linking human personality types with socioeconomic and political structures. His most popular book, The Art of Loving, was first published in 1956 and became an international bestseller. He died on March 18, 1980. 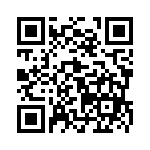