Nadine Naber is Associate Professor in the Gender and Women's Studies Program at the University of Illinois at Chicago. She is co-editor of Race and Arab Americans (2007) and Arab and Arab American Feminisms (2011). 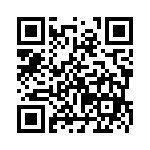