George Phillips has lectured and researched in mathematics at the University of St. Andrews, Scotland. His most recent book, Two Millenia of Mathematics: From Archimedes to Gauss (Springer 2000), received enthusiastic reviews in the USA, Britain and Canada. He is well known for his clarity of writing and his many contributions as a researcher in approximation theory. 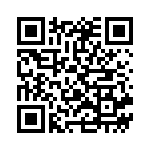