Jan Goldman is on the faculty of the Global Education Institute at Georgetown University and an international expert on ethics and intelligence for national security. 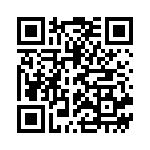