David A. Mindell is Dibner Associate Professor of the History of Engineering and Manufacturing in the Program in Science, Technology, and Society at MIT. He has degrees in Electrical Engineering and Literature from Yale University and a Ph.D. in the History of Technology from MIT. His research interests include the history of military technology, the history of electronics and computing, and archaeology in the deep ocean. He is currently working on a history of feedback, control, and computing in the twentieth century, and on locating and imaging ancient shipwrecks and settlements in the deep regions of the Black Sea. 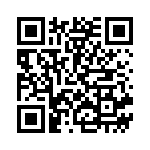