I enjoyed the first half - very easy to read and introduced me to some reformed theology (best John Piper writing) the second half - the part by Jonathan Edwards was _very_ hard for me - not natively ... Consulter l'avis complet

John Piper brings Jonathan Edwards' "The End for Which God Created the World" back to life in this two books in one. Edwards' half (the latter part) examines the philosophical and theological ... Consulter l'avis complet

John Piper, the preaching pastor of Bethlehem Baptist Church in Minneapolis since 1980, is the author of numerous books" "and a senior writer for "World "magazine,"" He received his doctorate in theology from the University of Munich and taught biblical studies for six years at Bethel College, St. Paul, before becoming a pastor. He and his wife, Noel, have four sons and one daughter. 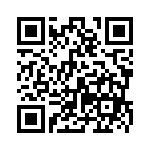