This 100 day Devotional for teens is a great source for a teen who wants to see how Bible stories can relate to them since they aren’t “old.” For the most part, this was a great devotional and I ... Consulter l'avis complet

We challenged our YG from the 1st of 2009 to read a chapter a day. Day 100 is Good Friday this year and it is exciting to see how our kids are starting to develop the habit of keeping a quiet time ... Consulter l'avis complet

Daniel Darling is the vice president of communications for the Ethics & Religious Liberty Commission. He previously served five years as senior pastor of Gages Lake Bible Church in Gages Lake, Illinois. He is a contributor to Leadership Journal, Gospel Coalition, and a variety of other publications. He has written several books, including Activist Faith, Teen People of the Bible (nominated for a Gold Medallion Award), Crash Course, and iFaith. Dan's work has been featured by leading evangelical publications. He has been profiled by the Chicago Tribune and is a contributing writer to Zondervan's Couples Devotional Bible. He has guest-blogged for Michael Hyatt and other leading blogs. Daniel has a bachelor's degree in pastoral ministry from Dayspring Bible College. He blogs at danieldarling.com. 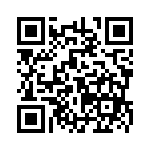