An excellent book which gives a very detailed look into the lives and thoughts many major players of nordic philosophy, magic, and religion, which in turn sharply influenced many of the leaders of the ... Consulter l'avis complet

A must to understand the real thing behind so many mistifying dumb chat-chat about nazi occultism. Consulter l'avis complet

Page 20 - ... which descended on the scale of spiritual development from the first to the fourth, becoming increasingly enmeshed in the material world (the Gnostic notion of a Fall from Light into Darkness was quite explicit), before ascending through progressively superior root-races from the fifth to the seventh. According to Blavatsky, present humanity constituted the fifth root-race upon a planet that was passing through the fourth cosmic round, so that a process of spiritual advance lay before the species....
Cité dans 4 livres de 1992 ŕ 2005
Page 1 - However, fantasies can achieve a causal status once they have been institutionalized in beliefs, values, and social groups. Fantasies are also an important symptom of impending cultural changes and political action.
Cité dans 4 livres de 1992 ŕ 2002

Nicholas Goodrick-Clarke is the author of several books on ideology and the Western esoteric tradition, including Hitler’s Priestess and The Occult Roots of Nazism, which has remained in print since its publication in 1985 and has been translated into eight languages. He writes regularly for European and US Journals and has contributed to several films on the Third Reich and World War II. 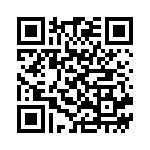