Given the amount of time covered and the amount of material I thought it a great read. As a reader most of the history was familiar and the same with the literature, but there was also stuff I didnt ... Consulter l'avis complet

Robert M. Adams was Professor of English (Emeritus) at the University of California at Los Angeles. He was the author of many books, including Ikon: John Milton and the Modern Critics; Strains of Discord; Proteus, His Lies, His Truth: Discussion of Literary Translation; The Land and Literature of England; and Shakespeare--The Four Romances. In addition to the Norton Critical Edition of Utopia (he was translator and editor of the First and Second Editions), Professor Adams was editor of five other Norton Critical Editions, including The Prince by Machiavelli, Candide by Voltaire, and The Praise of Folly and Other Writings by Erasmus, the texts of which he also translated. He was a founding editor of The Norton Anthology of English Literature. 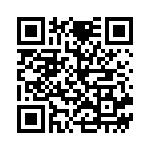