Ben Klemens has been doing statistical analysis and computationally-intensive modeling of populations ever since getting his PhD in Social Sciences from Caltech. He is of the opinion that writing code should be fun, and has had a grand time writing analyses and models (mostly in C) for the Brookings Institution, the World Bank, National Institute of Mental Health, et al. As a Nonresident Fellow at Brookings and with the Free Software Foundation, he has done work on ensuring that creative authors retain the right to use the software they write. He currently works for the United States FederalGovernment. 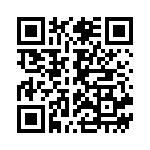