A lot of information on the strategic side of the RAF. Personalities and plans figure heavily into this. The actual conduct is not the focus, so if you want action look elsewhere. As an American, I ... Consulter l'avis complet

John Terraine was born in London in 1921 and educated in Stamford School and Keble College, Oxford. He worked for nearly twenty years in the BBC as a record programs assistant, a producer of Radio Newsreel, a programme assistant in the East European Service, and program organiser of the Pacific and South African service. In 1963 he began his work on the BBC Television series 'The Great War', for which he received the Screenwriters' Guild Documentary Award. In 1969 he won the Society of Film and Television Arts Script Award for his 'The Life and Times of Lord Mountbatten', which he wrote for Themes TV. He was scriptwriter and narrator for the BBC series 'The Mighty Continent' in 1974. Mr Terraine is a highly-respected authority on the First World War and has already published nine books on the subject, including: Mons: The Retreat to Victory, Douglas Haig: The Educated Soldier, The Western Front, The Great War: An Illustrated History, The Road to Passchendaele, To Win a War, The Smoke and the Fire: Myths and Anti-Smiths of War, The Right of the Line and Business of Great Waters. 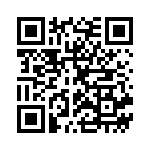