Review: Femininity and Domination: Studies in the Phenomenology of Oppression (Thinking Gender)

Sandra Lee Bartky was born Sandra Lee Schwartz in Chicago, Illinois on May 5, 1935. She received bachelor's, master's and doctoral degrees from the University of Illinois at Urbana-Champaign. She taught philosophy and gender and women's studies at the University of Illinois at Chicago. She was hired as an instructor in 1963, was appointed a full professor in 1990, and retired as professor emerita in 2003. She founded the gender and women's studies program there. She was a feminist philosopher who argued that women were subconsciously submitting to men by accepting an unnatural cultural standard for the ideal female body. She wrote several books including Toward a Phenomenology of Feminist Consciousness, Femininity and Domination, and Sympathy and Solidarity and Other Essays. She died from complications of intestinal surgery on October 18, 2016 at the age of 81. 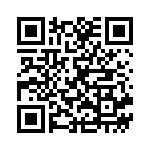