It's very sympathetic to Mata Hari and the author continuously mentions that "no other historian" or "no other biography" looked into some of her sources. I would have liked it more if the prose had ... Consulter l'avis complet

Versatile biographer Shipman (To the Heart of the Nile, 2004, etc.) explores the life of an ineffectual undercover agent who was considerably more adept under the bedcovers.Born in Holland in 1876 ... Consulter l'avis complet

Pat Shipman is a professor of anthropology at Pennsylvania State University. Her book 'Wisdom of the Bones' (co-authored with Alan Walker) won the 1997 Rhone-Poulenc Prize for science writing. 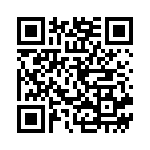