This is an interesting book given that it was the first such academic study of Fianna Fáil attitudes towards partition. Each chapter deals with a different period of the party’s history and attempts ... Consulter l'avis complet

Stephen Kelly is a Post-Doctoral Teaching Fellow in the Department of Politics, History, Media and Communications, Liverpool Hope University. His teaching and research interests include modern Irish history, 20th century Anglo-Irish relations, Northern Ireland society and politics, and the Blessed John Henry Newman. He is the author of A Conservative at Heart? The Political and Social Thought of John Henry Newman (2012). 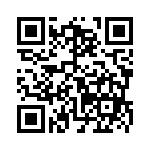