Jon Abbink is an Anthropologist. He is interested in political and religious conflicts in the Horn of Africa and in Ethiopia in particular, and is currently researching the history, memory and identity of the Wolayta in Ethiopia.
Mirjam de Bruijn is an Anthropologist. Having done extensive fieldwork in Mali amongst the nomadic Fulbe pastoralists, she has moved her area of study to Chad where she is investigating the social and cultural consequences of the recent civil war, and climate change.
Klaas van Walraven is a Political Scientist whose main interests are political developments past and present in West Africa where his research has concentrated on democratization and multi-party politics in Niger and Ghana, as well as the region's international relations and multilateral interventions in conflicts. 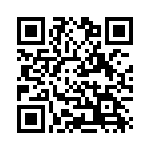