Aitzaz Ahsan comes from a background steeped in politics, being the third generation from his family to serve as an elected member of a legislative assembly. He is a member of the Pakistan Peoples Party and has served as the minister of law, justice, interior and education in the federal government between 1988 and 1993. Elected to the senate of Pakistan in 1994, he was, successively, the leader of the House and the leader of the Opposition between the years 1996 and 1999. After his early education at Aitchison College and the Government College in Lahore, he studied law at Cambridge and was called to the bar at Grays'Inn in 1967. He is a senior advocate in the Supreme Court of Pakistan. He is also an indefatigable human rights activist and a founder vice-president of the Human Rights Commission of Pakistan. He has been incarcerated under arbitrary detention laws many times by military and authoritarian regimes. During one such prolonged detention, he wrote The Indus Saga. 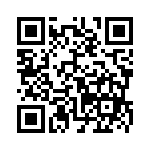