James Hogg was a Scottish poet, novelist and essayist who wrote in both Scots and English. He is best known for his novel The Private Memoirs and Confessions of a Justified Sinner.

Janette Currie is MHRA Research Fellow in the Department of English Studies at the University of Stirling.

Gillian Hughes is Advisory Editor to The New Edinburgh Edition of the Works of Robert Louis Stevenson. She was editor and/or general editor for many volumes in the Stirling/South Carolina Hogg edition, founding editor of the journal Studies in Hogg and his World, and is the author of James Hogg: A Life (Edinburgh University Press, 2007). Her current projects include an edition (co-edited with Peter Garside) of the Shorter Verse of Walter Scott. 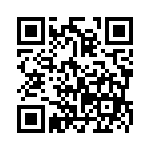