Everything I'd seen of Kamala Harris left me impressed and happy that she's an elected official but I didn't know much about her background or what her stances on issues were. After listening to her ... Consulter l'avis complet

I wanted to get to know a little more about the Democratic Vice Presidential nominee. What I learned is that Kamala (pronounced Commala) Harris is a woman who learned from her single mother how ... Consulter l'avis complet

Kamala D. Harris is the first woman and woman of colour to be elected vice president, a lifelong public safety and civil rights leader, who served until recently as a U.S. Senator from California. She began her career in the Alameda County District Attorney's Office, then was elected District Attorney of San Francisco. As California's Attorney General, she prosecuted transnational gangs, big banks, Big Oil, for-profit colleges and fought against attacks on the Affordable Care Act. Harris also fought to reduce elementary school truancy and pioneered the nation's first open data initiative to expose racial disparities in the criminal justice system and implemented implicit bias training for police officers.

The second black woman ever elected to the U.S. Senate, Kamala Harris has worked to reform the American criminal justice system, raise the minimum wage, make higher education tuition free for the majority of Americans, and protect the legal rights of refugees and immigrants. 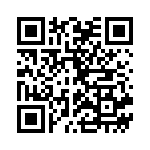