If there is a defining quality to being Canadian, it is constantly searching to define Canadian. In Reclaiming Canadian Bodies, I wanted to read the latest update to this 150 year old neurosis. It ... Consulter l'avis complet

Lynda Mannik is the author of Canadian Indian Cowboys in Australia: Representation, Rodeo and the RCMP at the Royal Easter Show, 1939 (2006) and Photography, Memory and Refugee Identity: The Voyage of the S.S. Walnut, 1948 (2013). Additional scholarship has appeared in Visual Studies, Memory Studies, and Journalism Studies. She has been a visiting assistant professor at Trent University, Peterborough, and Memorial University, St. John’s. She currently teaches anthropology at York University in Toronto. Her research focuses on visual media, memory, and affect in various photographic realms.

Karen McGarry is an assistant professor of anthropology at McMaster University, Hamilton. She previously held positions in the anthropology departments at Trent and York universities. Broadly speaking, her research focuses upon two areas of interest: the anthropology of sport, with an interest in high-performance and competitive sport; and educational anthropology. She is a co-author of Cultural Anthropology: A Problem-Based Approach (2013), and her work has appeared in Genders, The Gendered Society Reader, Reviews in Anthropology, The Sport Journal, and elsewhere. 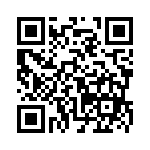