In recent years Steinbeck has been elevated to a more prominent status among American writers of his generation. If not quite at the world-class artistic level of a Hemingway or a Faulkner, he is nonetheless read very widely throughout the world by readers of all ages who consider him one of the most "American" of writers. Born in Salinas County, California on February 27, 1902, Steinbeck was of German-Irish parentage. After four years as a special student at Stanford University, he went to New York, where he worked as a reporter and as a hod carrier. Returning to California, he devoted himself to writing, with little success; his first three books sold fewer than 3,000 copies. Tortilla Flat (1935), dealing with the paisanos, California Mexicans whose ancestors settled in the country 200 years ago, established his reputation. In Dubious Battle (1936), a labor novel of a strike and strike-breaking, won the gold medal of the Commonwealth Club of California. Of Mice and Men (1937), a long short story that turns upon a melodramatic incident in the tragic friendship of two farm hands, written almost entirely in dialogue, was an experiment and was dramatized in the year of its publication, winning the New York Drama Critics Circle Award. It brought him fame. Out of a series of articles that he wrote about the transient labor camps in California came the inspiration for his greatest book, The Grapes of Wrath (1939), the odyssey of the Joad family, dispossessed of their farm in the Dust Bowl and seeking a new home, only to be driven on from camp to camp. The fiction is punctuated at intervals by the author's voice explaining this new sociological problem of homelessness, unemployment, and displacement. As the American novel "of the season, probably the year, possibly the decade," it won the Pulitzer Prize in 1940. It roused America and won a broad readership by the unusual simplicity and tenderness with which Steinbeck treated social questions. Even today, The Grapes of Wrath remains alive as a vivid account of believable human characters seen in symbolic and universal terms as well as in geographically and historically specific ones. Ma Joad is one of the most memorable characters in twentieth-century American fiction. It is her courage that sustains the family. Steinbeck's best and most ambitious novel after The Grapes of Wrath is East of Eden (1952), a saga of two American families in California from before the Civil War through World War I. Cannery Row (1945), The Wayward Bus (1947), and Sweet Thursday (1955) are lighter works that find Steinbeck returning to the lighthearted tone of Tortilla Flat as he recounts picaresque adventures of modern-day picaros. The Winter of Our Discontent (1961) struck some reviewers as being appropriately titled because of its despairing treatment of humanity's fall from grace in a wasteland world where money is king. Steinbeck also wrote important nonfiction, including Russian Journal (1948) in collaboration with the photographer Robert Capa; Once There Was a War (1958) and America and Americans (1966), which features pictures by 55 leading photographers and a 70-page essay by Steinbeck. His interest in marine biology led to two books primarily about sea life, Sea of Cortez (1941) (with Edward F. Ricketts) and The Log from the Sea of Cortez (1951). Travels with Charley (1952) is an engaging account of his journey of rediscovery of America, which took him through approximately 40 states. Steinbeck was married three times and died in New York City on December 20, 1968 of heart disease and congestive heart failure. He was 66, and had been a life-long smoker. 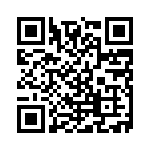