Stephen Ellis is a Senior Researcher at the African Studies Centre at Leiden and former editor of Africa Confidential. 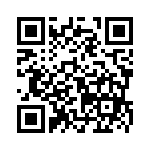