Page 76
... like orthodox Hinduism and orthodox Christianity, have attempted to
encompass both affirmation and rejection, the secular here and the holy hereafter
. But in spite of many points of divergence and contradiction, the historic religions
share, ...
Page 213
Despite this, Schweitzer characteristically owes a great debt to Hindu religion no
less than to Chinese philosophy: for it is from Hinduism, rather than from
Christianity, that Schweitzer consciously or unconsciously derived his central
ethical ...
Page 328
Hindu philosophy, Schweitzer's critique of, 212 Hinduism, 64, 78, 235 catholicity
of, 109 Historic institutions, saving weakness of, 177 History, assimilation of, 260
human, 25 man's life in, 27 philosophers of, 217 singular moments in, 231 ... 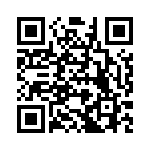