Stephen M. Norris is Professor of History at Miami University of Ohio. He is author of A War of Images: Russian Popular Prints, Wartime Culture, and National Identity and editor (with Willard Sunderland) of Russia's People of Empire: Life Stories from Eurasia, 1500 to the Present (IUP, 2012). 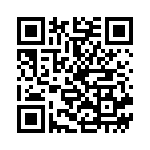