Terry Denton has illustrated many popular and funny books, including the hilarious Just series by Andy Griffiths and Duck for Cover, Spooner or Later and Freeze a Crowd by Paul Jennings and Ted Greenwood. His own books include the madly inventive Storymaze and Gasp! series. In his Wombat and Fox books, Terry's idiosyncratic sense of humour shines through, this time directed to a younger audience. 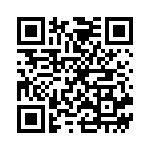